A Wanderer is the dying (2001–2004) memoirs of the poet, translator, and public figure Carlos Sherman (1934–2005) which sum up twelve years of his experience as vice-president of the Belarusian PEN centre (1989–2001). Written as a diary of the author’s business trips around the world, the book, however, reflects Sherman’s entire life path across different eras and continents. Eastern Europe and Latin America are the two poles of the account. The personal in the book is closely intertwined with the social, whereas Márquez’s manner of writing is combined with Sherman’s observations of contemporary socio-political events in Belarus.

Carlos Sherman was born in Montevideo, Uruguay, to Jewish parents who had emigrated from western Belarus. He grew up in Buenos Aires, Argentina, where he read philology at the University of Moron. In 1956, he moved to Belarus (then the Belarusian Soviet Socialist Republic). He translated into Belarusian and Russian the works of many famous Spanish-speaking authors (first of all, Gabriel García Márquez), as well as into Spanish the works of Belarusian writers and poets (including Ryhor Baradulin and Vasil Bykaŭ).

The book is published by courtesy of Tamara Nikanava.

The publication of this book has been supported by Sviatlana Aleksijevic (Svetlana Alexievich), “Viartannie” Foundation, Belarusian Kreceuski Foundation and Delegation of European Union to Belarus.

There is almost no photo evidence of Carlos Sherman's youth in Latin America. The illegal status of the family and the political persecution in the 1950s, when anti-communist repression increased in Argentina, did not make for good photo documentation. That period of the translator's life remained only in memories, both written and oral. However, after his return to Belarus in 1958, photo albums were actively, as for that time, replenished.

In this photo story, we have used pictures from the personal archives of Vasil Bykaŭ, Siarhej Shapran, and Carlos Sherman as well as from the archives of the Belarusian PEN Centre. 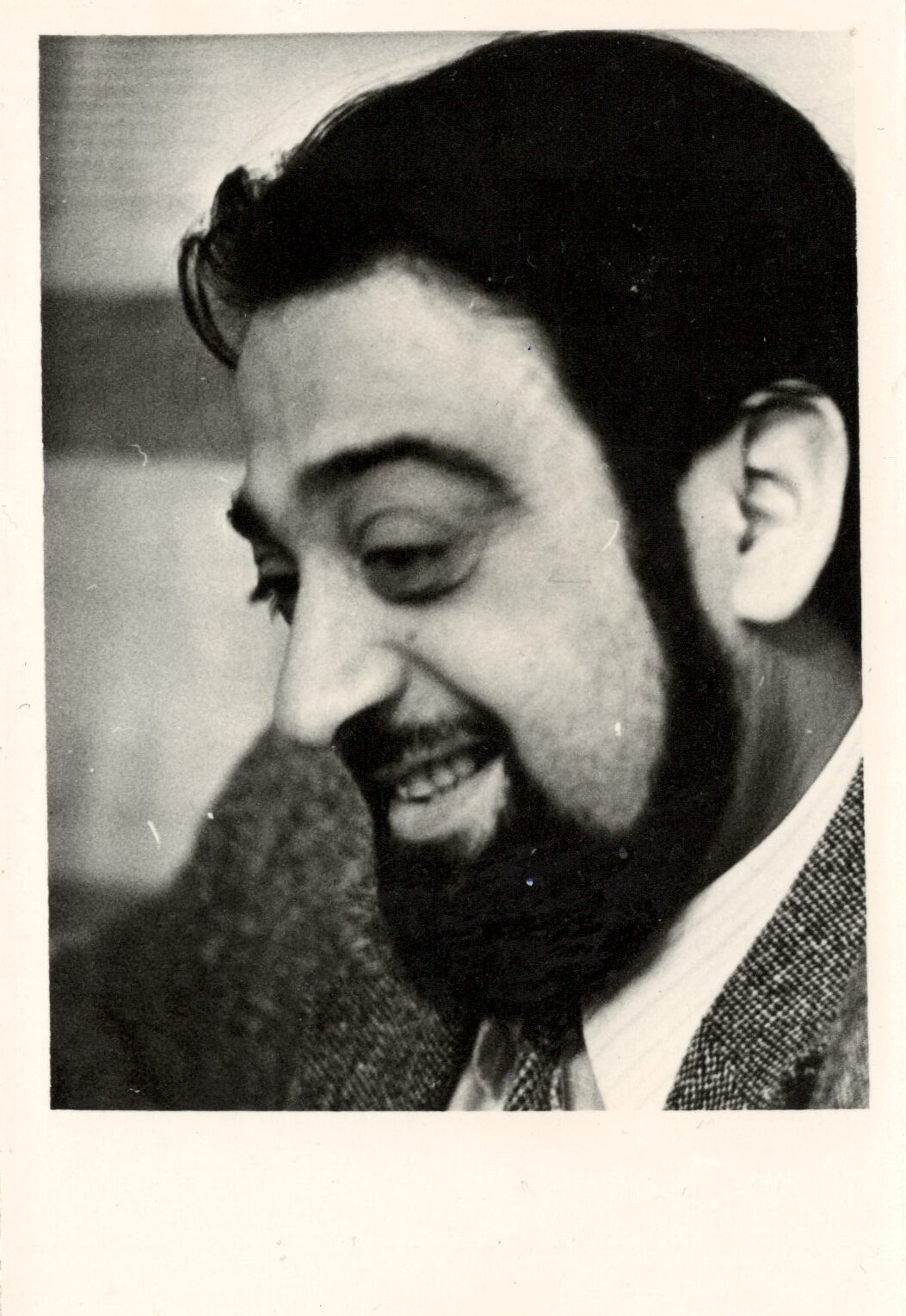 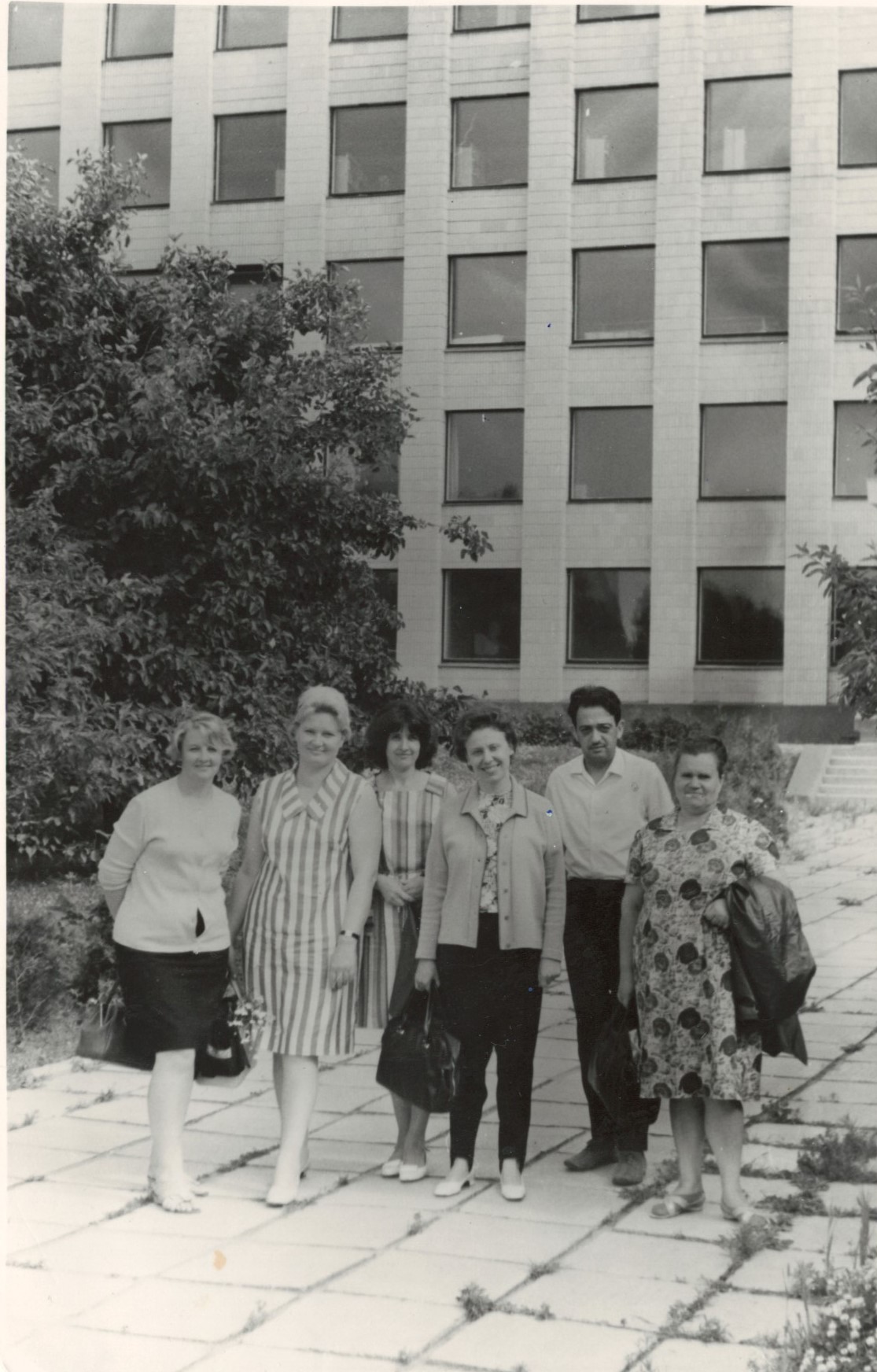 Carlos Sherman was a good companion and a devoted reader. His book collection contains books with gift inscriptions of writers from Belarus, Ukraine, and Russia. Sherman and his family had a sincere friendship with many famous authors, which is remembered in this virtual gallery. A collection of books by Ryhor Baradulin, a well-known master of poetic dedications, stands out. Presented in chronological order, they illustrate the tradition of the Belarusian book autograph of the late 20 century. The language and spelling of the autographs in the captions to the photo collages are preserved. The books from Carlos Sherman’s book collection are kindly presented to the Belarusian PEN Centre by Tamara Nikanava and Taćciana Nikanava. 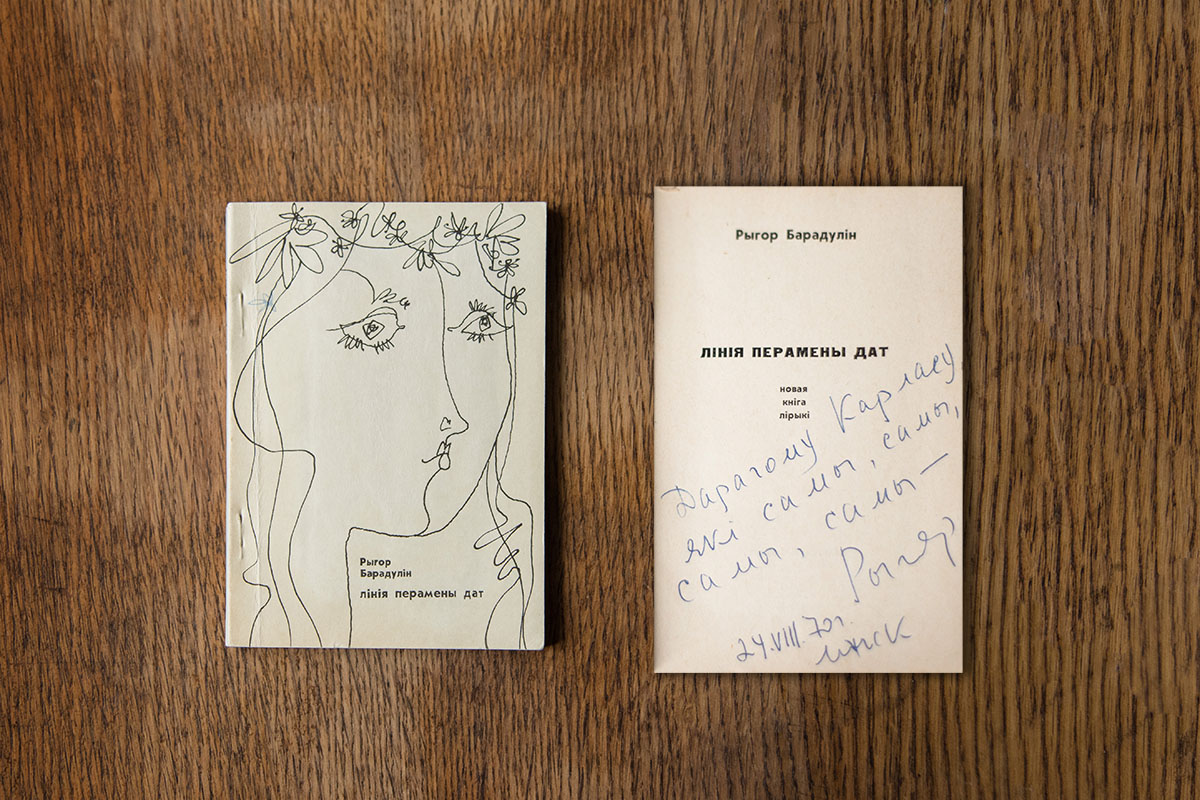 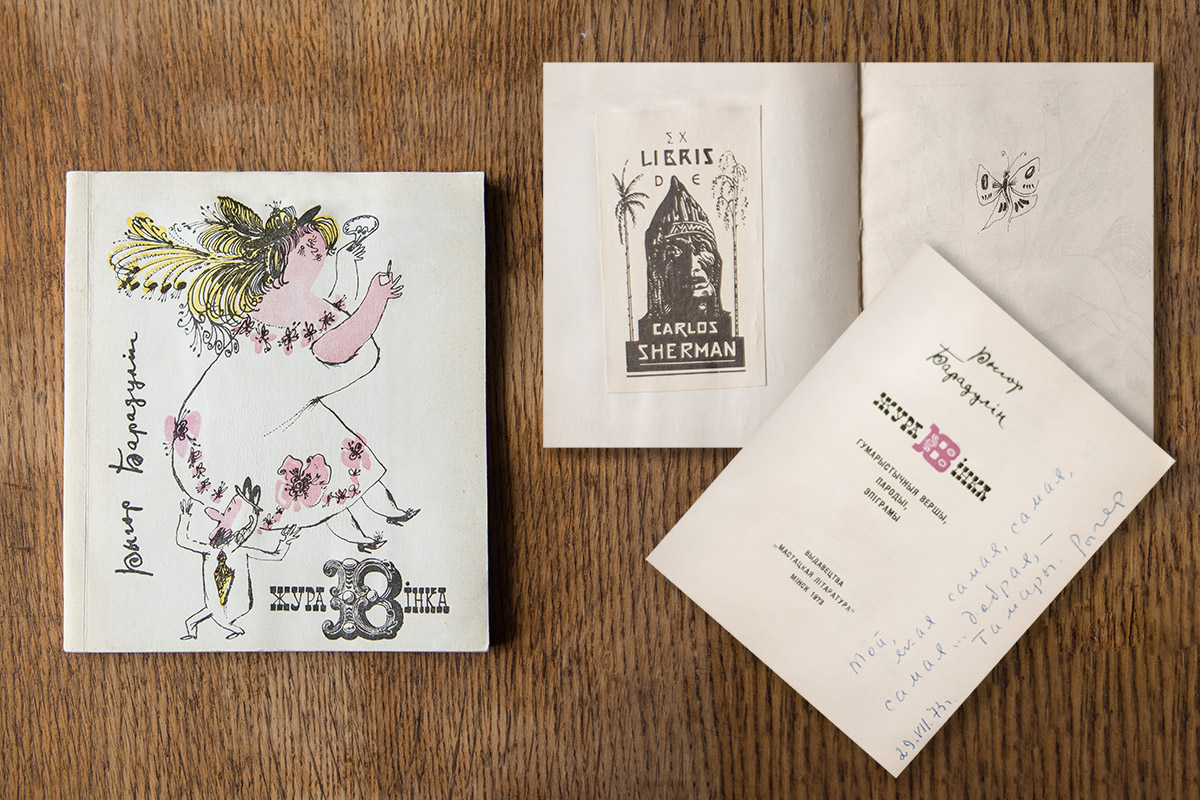 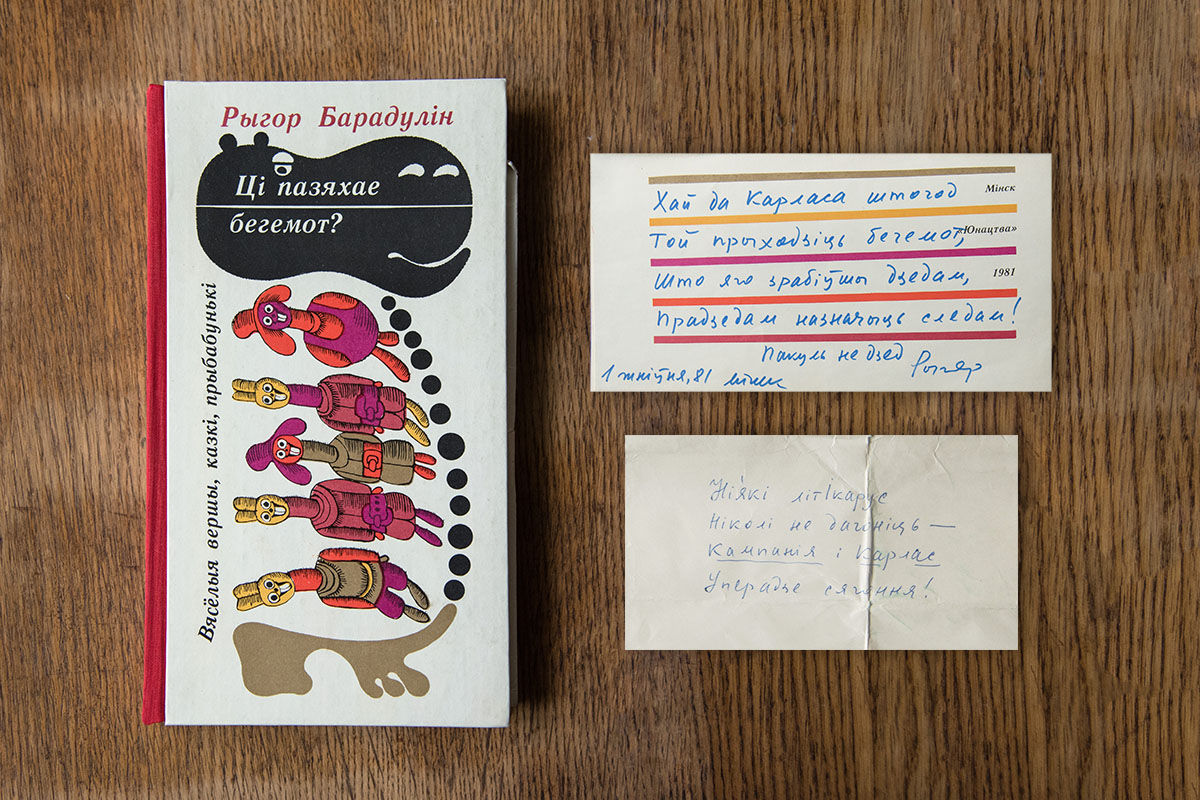 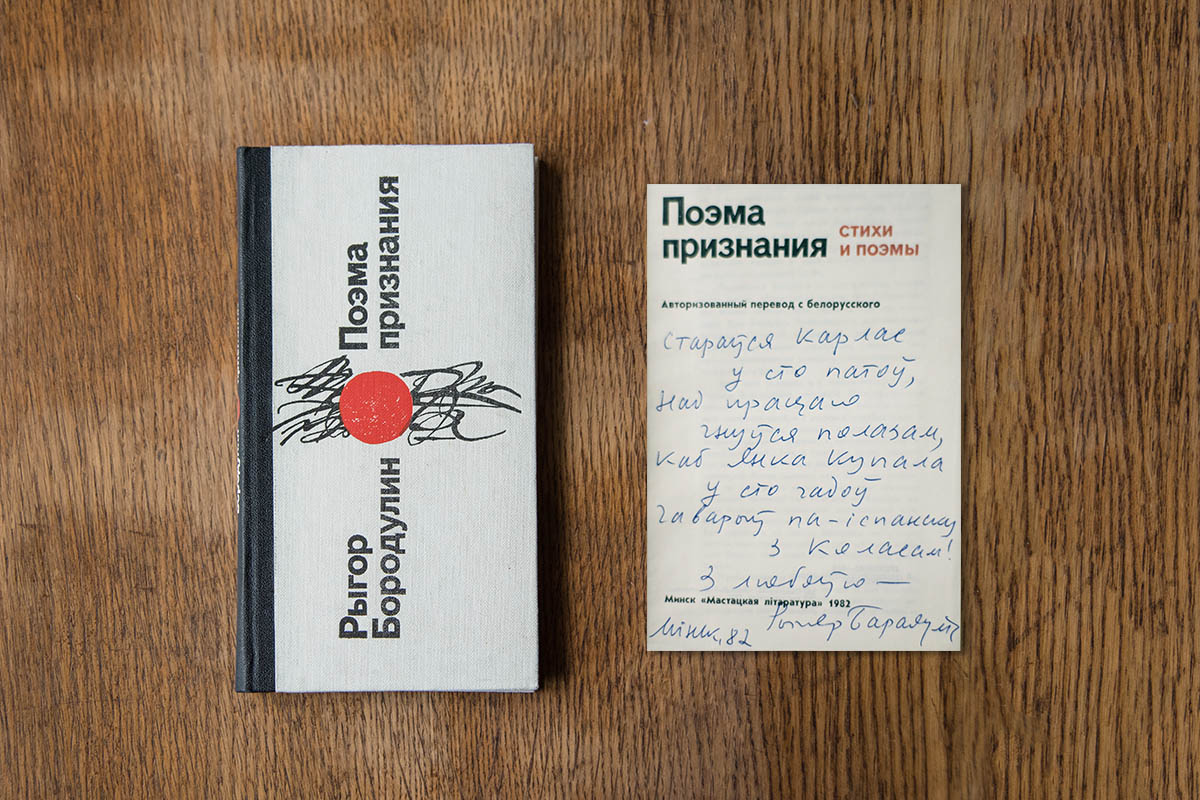 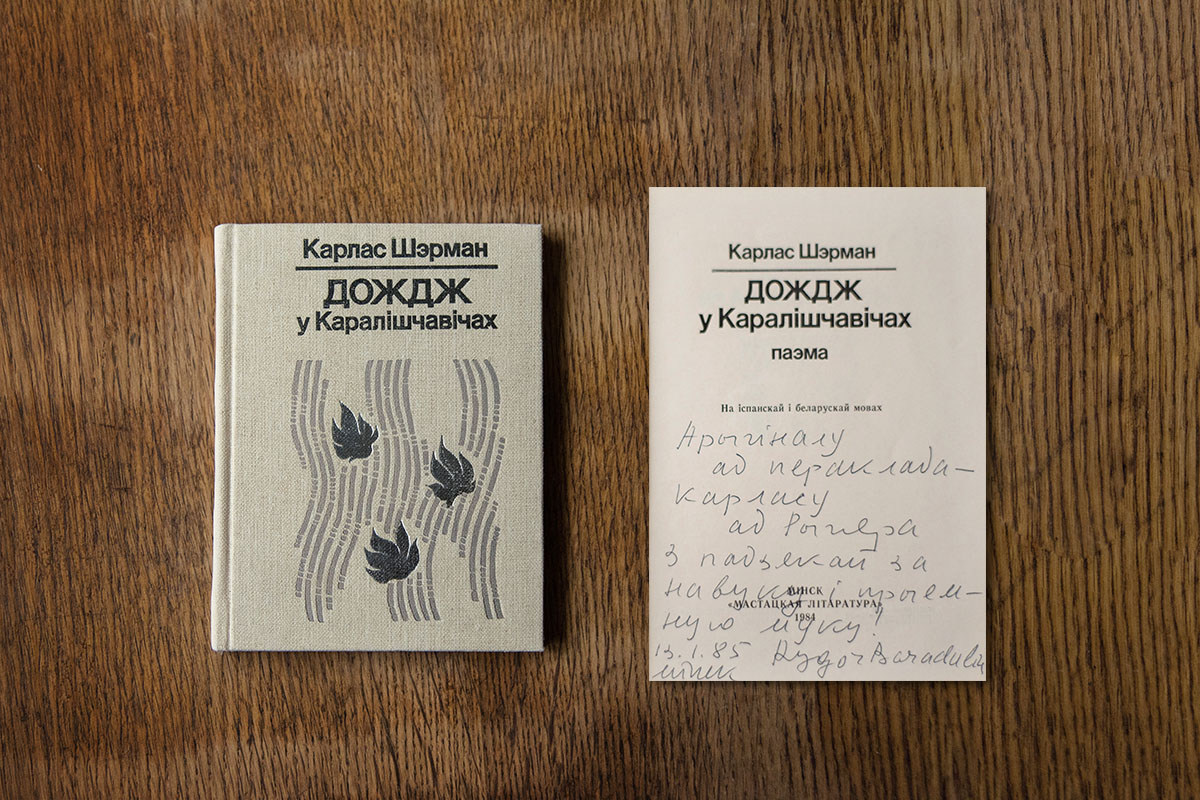 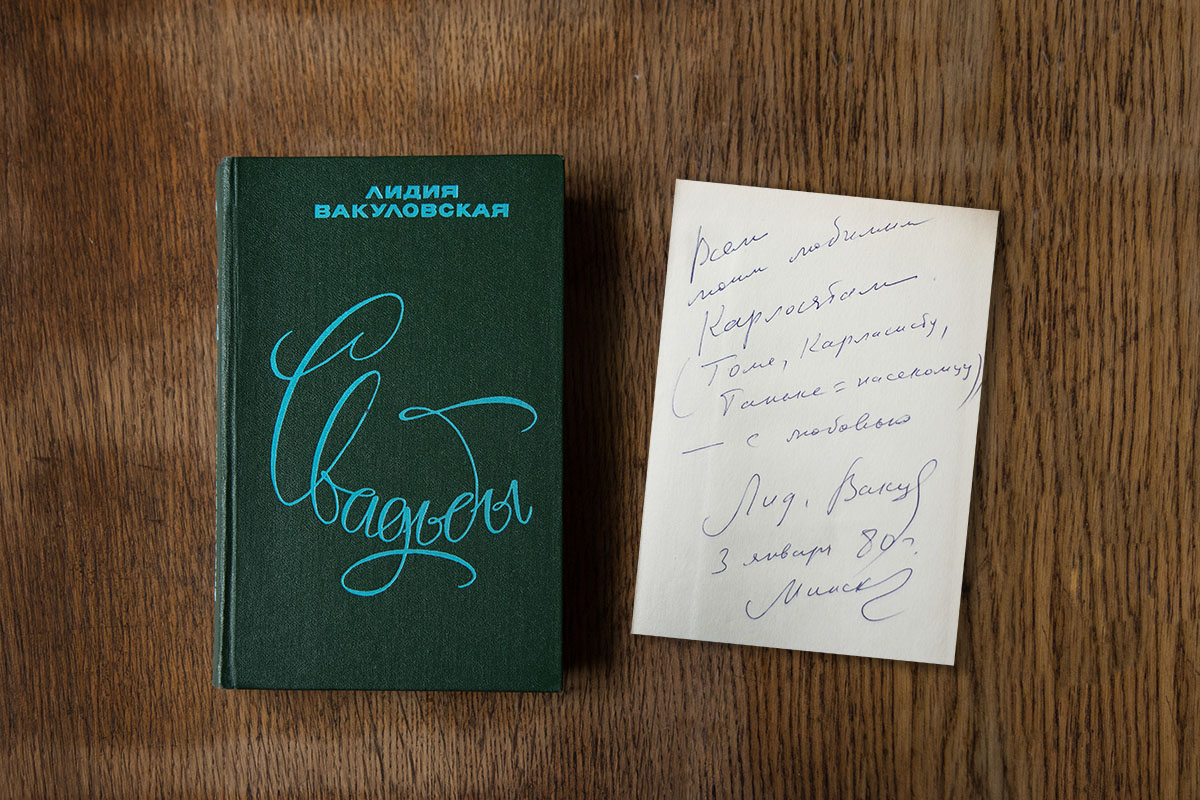 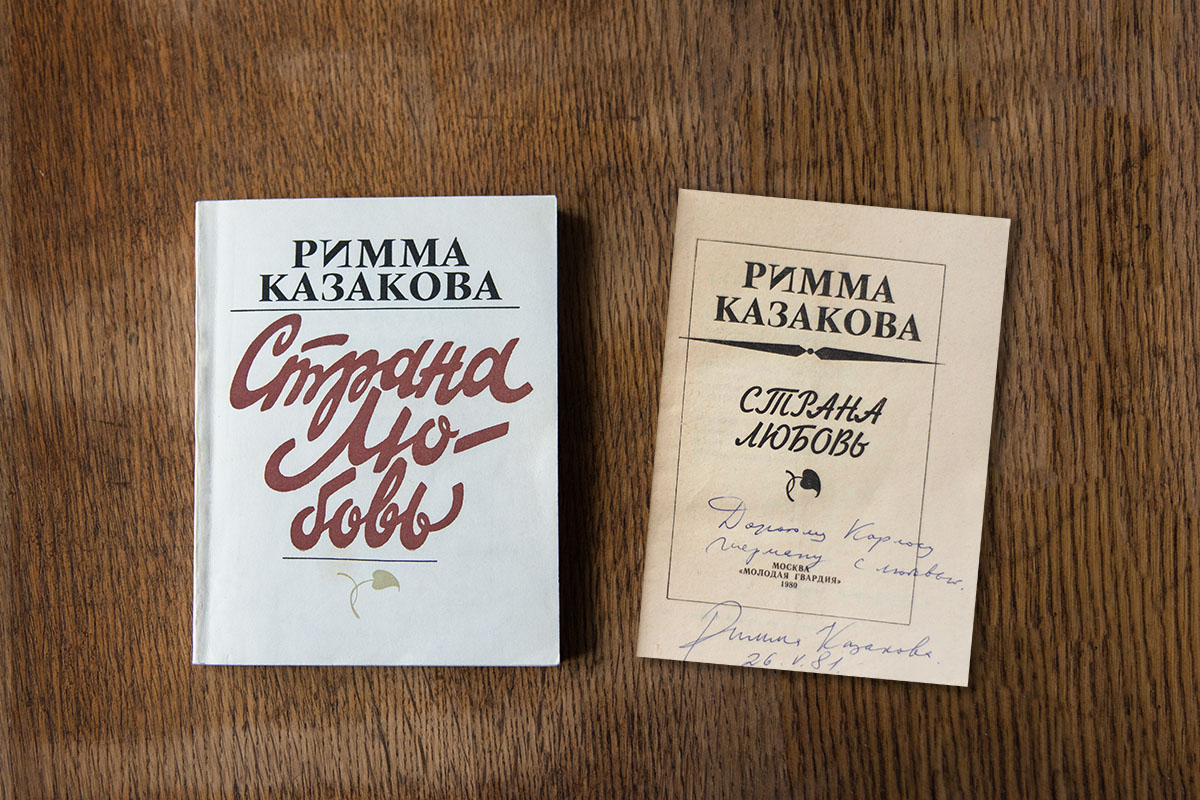 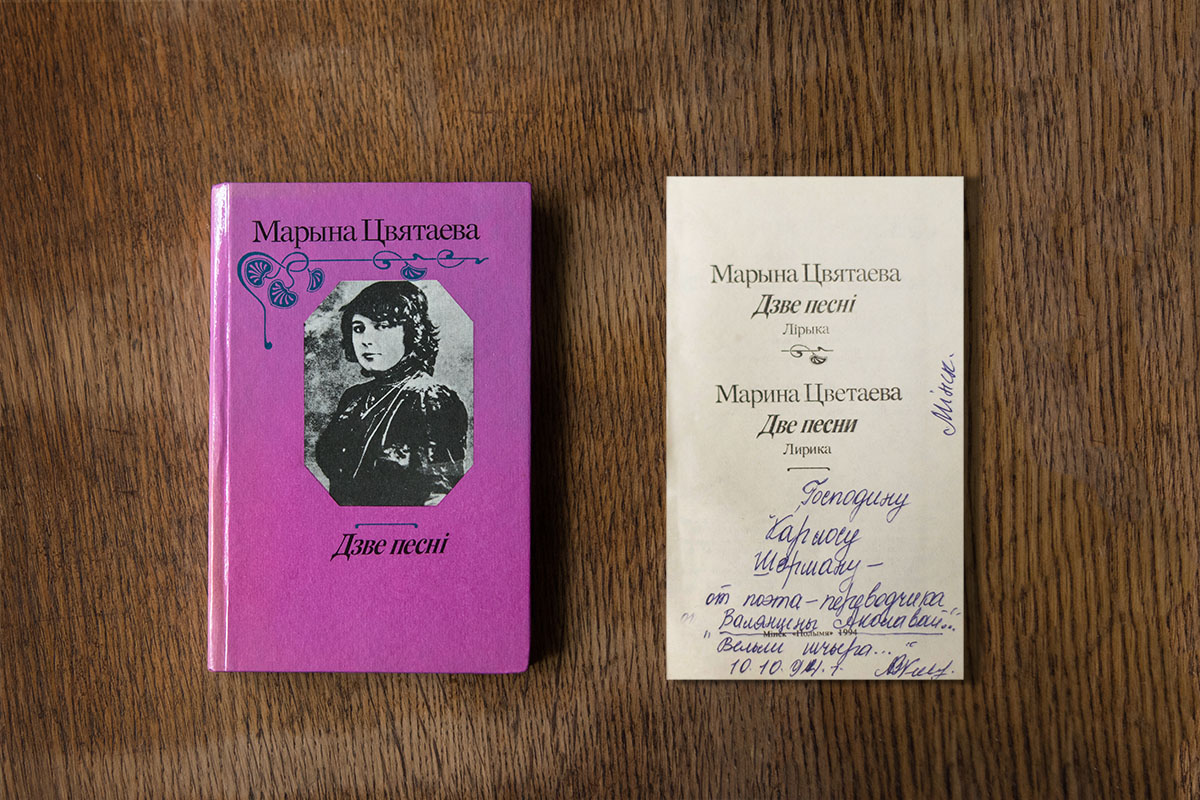 From the Library of PEN Belarus The publication of this book has been supported by Sviatlana Aleksijevic (Svetlana Alexievich), “Viartannie” Foundation, Belarusian Kreceuski Foundation and Delegation of European Union to Belarus.

To request permission from the copyright owners, please, contact us via [email protected] specifying in the subject line “Memories of Sherman.”

The project has been worked on by: